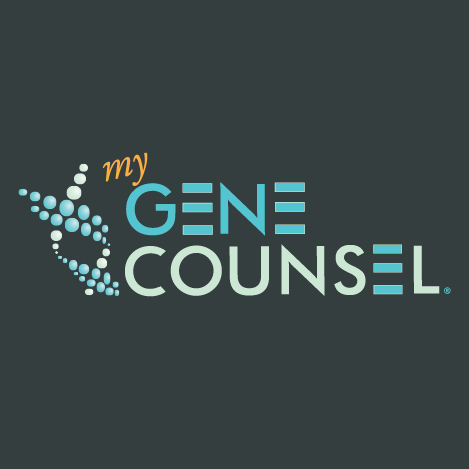 When celebrities publicly share their cancer diagnoses, it is common for medical professionals to experience dramatic increases in office calls and for Internet searches about the celebrity’s cancer to rise. In this blog post, we shine the spotlight on a few celebrities who have spoken up about their cancer experience to raise public awareness. The following are condensed excerpts from Reimagining Women’s Cancers.

The Angelina Effect has made a huge impact in genetic counseling and genetic testing for the BRCA1 and BRCA2 genes. Angelina Jolie announced that she had undergone surgery to remove both of her breasts because she had inherited a defective (mutant) copy of BRCA1 from her mother and grandmother. Without the surgery, she had up to an 87 percent chance of developing breast cancer.

Based on analysis Angelina’s pedigree, doctors recommended that her DNA be tested for abnormal copies of the BRCA1 and BRCA2 genes. She turned out to have mutations in BRCA1. Angelina decided to undergo prophylactic surgery, removing both of her breasts to greatly reduce the possibility of developing breast cancer. Two years later, Angelina chose to have her ovaries removed because her defective BRCA1 gene also gave her as great as a 60 percent chance of developing ovarian cancer in her lifetime.

To raise awareness of hereditary breast cancer, Angelina went public with her case with an op-ed article in The New York Times describing how she came to her decision and why women should not be afraid to discuss their options with their physicians.

Angelina also gave permission to her surgeon, Dr. Kristi Funk, to describe in detail the medical information about her case and the stages of treatment she underwent.

Popular TV chef (Semi-Homemade) and author Sandra Lee was diagnosed with ductal carcinoma in situ (DCIS) which was first detected from a routine annual mammogram. Sandra originally had a lumpectomy, but the surgical edges were not totally free of cancer, so doctors advised her that she would also need six to eight weeks of daily radiation therapy. Her physicians also recommended that she consider having a mastectomy.

Sandra took their advice and underwent a bilateral mastectomy. She received a lot of support from her longtime partner, New York Governor Andrew Cuomo, who took a break from his demanding schedule to be with Sandra following her surgery.

Four months after her diagnosis Sandra returned to Good Morning America with good news. “The beautiful thing about early-stage cancer,” she said, “is it gives you every option in the world, and that is what I took. My doctors have said that I am cancer-free and ready to go.”

Former Good Morning America co-host, Joan Lunden, revealed her breast cancer diagnosis publicly. She had a normal screening mammogram, but because of her history of dense breast tissue, she was also screened with a breast ultrasound, which ultimately revealed the tumor. A biopsy and pathologic diagnosis determined that she was suffering from triple-negative breast cancer.

After nine months of treatment, including sixteen rounds of chemotherapy, a lumpectomy, and six weeks of radiation, Joan’s doctors declared her cancer-free. Throughout the process she stayed in the public eye, hoping to use her cancer journey as an opportunity to inspire others to protect their health.

She kept a video diary of her treatment, did a series of reports on the Today show, and even appeared bald on the cover of People magazine. Joan has a streaming network dedicated to breast cancer and women’s health and wellness issues called “Alive with Joan Lunden.”

Joan shared on the Today show, “I went from being a patient to being a survivor to being an advocate and really now a bit of an educator. When you get hit with something like this and you become part of this breast cancer world, it’s like a sorority that you don’t really want to join, and the initiation process is not so great. But, boy, once you’re in it, it’s so powerful and so compassionate. Everybody just comes to your support and aid, and the response I got on social media was so overwhelming and so healing that I really was taught the lesson of how important the power of support is to a patient.”

About the Book: Reimagining Women’s Cancers

“Information is empowering, especially when it’s dispensed in manageable doses. Reading about people coping with cancer – the same one you are dealing with – is not only educational and inspiring, it can save a life. Couple that with our fascination with celebrities and what we can learn from their experiences.” This is how Michele R. Berman, MD, Mark S. Boguski, MD, PhD, FCAP, and David Tabatsky’s book, Reimagining Women’s Cancers: The Celebrity Diagnosis® Guide to Personalized Treatment and Prevention begins. Their book highlights the positive impacts celebrities can have on the public’s education of cancer.