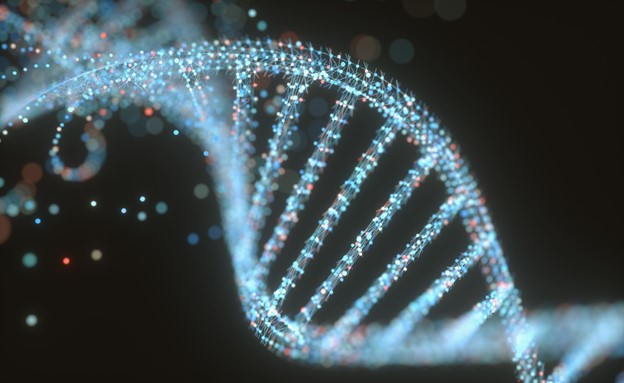 Twenty years ago, a 45-year-old woman with a recent diagnosis of breast cancer went to see a dermatologist, who noted hyperpigmentation of her lips. The dermatologist clinically diagnosed her as having Peutz-Jeghers syndrome (PJS), a rare genetic condition that often starts with characteristic benign polyps in the gastrointestinal tract and increases the risk of breast, intestinal, pancreatic, and other cancers. The first signs of the condition include dark skin freckles around and inside of the mouth, eyes, nostrils, genitalia, and fingers, which usually show up in the first decade of life and often fade in adolescence or by adulthood.

According to the National Comprehensive Cancer Network’s guidelines, if a patient has a pathogenic variant in the STK11 gene, he or she has PJS. However, 5 percent of patients with PJS do not have an identifiable STK11 pathogenic variant, and in those cases, patients are clinically diagnosed with PJS if they meet at least two of the following criteria: PJS-type polyps in the GI tract; hyperpigmentation around the mouth, lips, and other specific areas; or a family history of the condition.

This woman was followed for 20 years based on PJS management guidelines, which recommend increased screening for various cancers, including colonoscopy and endoscopy every two to three years starting in the late teens, and beginning at age 25, annual mammograms and breast MRIs and breast exams every six months.

In 2017, her oncologist wanted to assess whether she had inherited genetic alterations that increased her cancer risk and ordered a multigene panel that included STK11. The test was negative, but since some patients with this condition do not harbor identifiable STK11 pathogenic variants, the oncologist still accepted her clinical diagnosis.

Last year, the patient, now 65 years old, was undergoing screening for PJS, and her oncologist found a mass that turned out to be pancreatic cancer, still at an early stage. At that point, she met with a genetic counselor for the first time to discuss her PJS diagnosis in detail and how the condition might impact other family members. The genetic counselor recommended that even though genetic testing had not turned up any pathogenic variants in STK11 or other known cancer risk genes, she still had a clinical diagnosis of PJS, and as such, her daughters should follow screening recommendations.

Less than a year later, this woman returned to surgical oncology with additional questions. She was confused because one of her daughter’s doctors had ordered STK11 testing, and when the results were negative, told her that she did not have PJS. The mother spoke to a second genetic counselor, who agreed with the first genetic counselor that a negative STK11 test result should not be reassuring for her daughter, since not all PJS patients have pathogenic variants. In the genetic counselor’s opinion, because the mother had a clinical PJS diagnosis, the daughters should be followed as if they also have the condition.

The woman agreed to having the genetic counselor review her records to ensure that she indeed met clinical diagnostic criteria for PJS. The genetic counselor reviewed the available records and could not find any polyps characteristic of PJS documented in her recently performed colonoscopies or endoscopies. She worked with the family to try to obtain older colonoscopy and endoscopy records from an outside institution without success. Although the patient did not recall ever having PJS-type polyps, the genetic counselor still encouraged her to send over earlier pathology reports from screening colonoscopies or endoscopies just to be sure.

Without such documented polyps, the genetic counselor and the patient’s oncologist agreed that the woman did not meet clinical diagnostic criteria for PJS. It appeared that 20 years ago, the dermatologist diagnosed this patient as having PJS based only on her lip hyperpigmentation and breast cancer diagnosis. The genetic counselor explained this to the patient and said she and her daughters should be followed based on her history of breast and pancreatic cancer, but not as if they have PJS.

The patient was relieved and shared that she had doubted the PJS diagnosis because her lip macules showed up when she was an adult and increased over time. Meanwhile, the hyperpigmentation in PJS patients tend to occur when they are kids, and the freckling usually disappears when they are adolescents or in early adulthood.

This case is concerning because a woman was given an incorrect diagnosis that followed her for two decades. This misdiagnosis resulted in years of incorrect screening for herself and eventually also impacted her children’s care. The misdiagnosis not only resulted in inappropriate screening for this patient and her children, but it also caused a lot of confusion and anxiety in the family.

“Time and time again this patient saw providers who accepted the clinical diagnosis and didn’t give it much thought,” said Meagan Farmer, a genetic counselor and genetic clinical operations director at My Gene Counsel. “Her daughters were then followed as if they had PJS, though they did not meet clinical diagnostic criteria even if you accept their mother’s diagnosis. They had no other PJS features.”

This case illustrates how diagnosis of a genetic condition can go awry not just because of inaccurate testing but also due to inaccurate assessment of clinical features. “We often talk about the importance of reviewing genetic test results for confirmation of a genetic condition,” Farmer said. “But this situation is even more challenging because it would have taken all these different people saying, ‘Wait a minute, what features did you have that may give you this diagnosis?’ People are busy and everyone [involved in the care of this woman] just kind of trusted the provider before them and didn’t do that.”

In this case, multiple genetic counselors were involved, and they spent a lot of time and effort reviewing prior records to try to figure out if this patient met clinical criteria. But mistakes like this happen because healthcare professionals may not want to “rock the boat” and question a longstanding diagnosis like this, Farmer said. “It can also be hard to obtain the older records needed for review, and someone may be worried about missing something and underscreening,” she added.

For Farmer, this case underscores the importance of enlisting the help of genetics specialists and reviewing patients’ medical records to confirm a clinical diagnosis of a genetic condition and not just accepting a prior diagnosis at face value.

In this case, fortunately, although this patient was being more frequently screened for various cancers based on a wrong diagnosis, it ended up benefitting her. “The ironic thing is, she was only getting screening because she had this incorrect clinical diagnosis, but she actually was found to have pancreatic cancer, and at an earlier stage than it is often diagnosed,” Farmer said. But she cautioned that an incorrect clinical diagnosis can be wasteful and may cause patients harm, for example, if it leads to unnecessary, risk-reducing surgeries.

It was only after this pancreatic cancer diagnosis that this patient got plugged in with a genetic counselor for the first time, which started her down the path of reviewing her clinical PJS diagnosis. According to Farmer, this patient would have certainly benefitted from seeing a medical geneticist or genetic counselor when she was first diagnosed with PJS.

“I can’t help but wonder how this might have been different if she was just referred to genetics [professionals] 20 years ago by her dermatologist,” Farmer said. “She would likely had been informed sooner that she didn’t meet clinical diagnostic criteria for PJS and offered comprehensive genetic testing as it became available. It all would have been more straightforward for the family.”