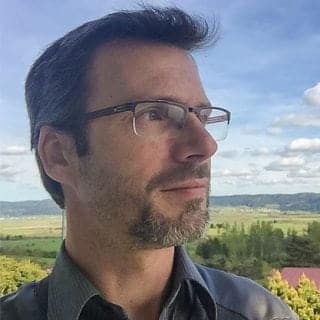 s ciencemag.org
Christophe Cordier, PhD, @kristofcordier, was working as a clinical research technician, armed with a Master’s degree in genetics, when inspiration struck to alter his career path. Part of his job entailed talking with families for a study—a skill at which his boss noted he was particularly talented. Only a few years after Genetic Counseling launched in his home country of France, Cordier took a risk: enrolling in a unique dual Genetic Counseling and Predictive Medicine Master’s program at Aix-Marseille University. With the French field in its infancy, Cordier had little exposure to genetic counseling. To immerse himself in the field, Cordier volunteered at the French Association of Genetic Counselors, where he recognized the discrepancies between genetic counselors regarding job titles and salaries. Passionate to help further establish the field in France and ensure the equal treatment of genetic counselors, he wrote a PhD thesis highlighting these divergences in an effort to create standards. His study of the field’s inconsistencies expanded to all of Europe when he joined the European Society of Human Genetics. Cordier was successful in his goal of establishing standards with the birth of the Europe-wide accreditation system. He is currently a genetic counselor at the medical testing company, synlab Suisse in Switzerland, where he interacts with patients directly and works collaborative with the marketing team to introduce the service to physicians.

minnastern.com
Melissa Richter, PhD, can be credited with being one of the originators of the genetic counseling profession. She was a Professor of Psychology and Biology and the Dean of Graduate Studies at her alma mater, Sarah Lawrence College. Richter wanted to combine the fields of psychology and biology to train professionals to explain genetic health information to patients. She surveyed over 180 directors of medical programs on a quest to discover if such a graduate genetic counseling training program existed—her search was empty handed.
In 1968, Richter proposed the Master’s level program to Sarah Lawrence College. The program received a surprising mention in the New York Times Magazine incorrectly stating Sarah Lawrence was starting a new genetic counseling program—at the time of the publication the school had not yet decided if they would take on this new venture. An overwhelming response by prospective students gave the school a push to open the program earlier than planned. Only a year later the first class of students enrolled in the inaugural United States genetic counseling program. In 1972, Richter took a sabbatical at Radcliffe College. She battled breast cancer, a fact not known by her Sarah Lawrence colleagues at the time, and wouldn’t return to the program.

chicagogenetics.com
Scott Weissman, MS, CGC, @chicagogenetics, recently started an independent genetic counseling practice, a newer pathway for genetic counselors. As a genetic counselor at GeneDX, Weissman identified a problem: many healthcare professionals who were ordering genetic testing faced obstacles referring patients to genetic counselors. The wait time for an appointment with a local genetic counselor was too long or the genetic counselor was affiliated with a different healthcare system. Weissman dedicated his personal mission to increasing access to genetic counselors for individuals without access and for those needing an immediate appointment. He founded, Chicago Genetic Consultants, LLC which translates complex genetic tests for adults afflicted with genetic conditions. A non-traditional service the practice offers is translating direct to consumer genetic tests (DTC tests most famously include 23andMe). Another unique feature is collaborations with laboratories and other companies to provide consulting to help with test development and test review. Weissman has received the Strategic Leader Award from the National Society of Genetic Counselors for working on multiple projects related to Medicare guidelines for cancer genetic testing, publishing genetic counseling and testing vignettes in the journal Community Oncology, and the United States Preventative Services Task Force BRCA genetic counseling guidelines. Weissman is currently a Clinical Faculty member at the Northwestern University Graduate Program in Genetic Counseling.
Check back for our next installment of “Trailblazing Genetic Counselors”!