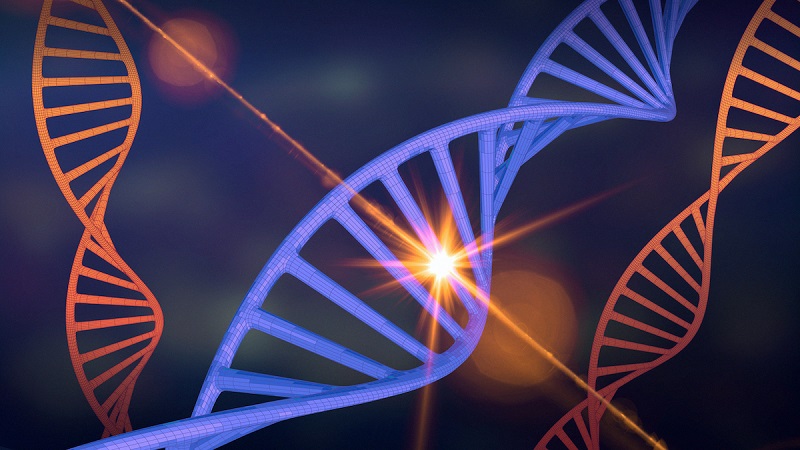 A 42-year-old woman underwent a breast biopsy due to an abnormal mammogram. Even though the biopsy analysis yielded benign findings, the woman’s family history with pancreatic cancer prompted the surgeon to order a 70-gene panel test to assess if she had inherited a pathogenic genetic variant that increased her cancer risk.

The results indicated the woman had a pathogenic variant in the RAD50 gene and a variant of uncertain significance (VUS) in the PALB2 gene. The surgeon recommended the woman undergo risk-reducing surgery and remove both her breasts based on the pathogenic RAD50 variant and told her not to worry about the VUS in PALB2.

Due to the COVID-19 pandemic, the patient’s scheduled bilateral mastectomy was canceled. In the meantime, the patient still wished to take some action to address her cancer risk and sought out a high-risk breast clinic to discuss her options. During the appointment at the clinic, the nurse practitioner assigned to her case noted that the surgeon’s recommendations for risk-reducing surgery did not align with the National Comprehensive Cancer Network’s guidelines.

In the most recent version of the NCCN’s guidelines, titled Genetic/Familial High-Risk Assessment: Breast, Ovarian, and Pancreatic, RAD50 is listed as a lower penetrance gene that may be included in current multi-gene panels for assessing the risk of these cancers, but the guidelines also note that there is insufficient evidence to make recommendations about breast MRIs or risk-reducing surgeries. Therefore, when patients receive test results indicating likely pathogenic or pathogenic variants in RAD50, NCCN experts advise doctors to base risk management recommendations after weighing their family cancer history or other clinical factors.

The nurse practitioner knew that the NCCN currently flagged RAD50 among genes with too little evidence to provide management recommendations. Given that this patient didn’t have a family history of breast cancer and a pathogenic variant in a gene thought to moderately increase breast cancer risks, the nurse practitioner suggested she consider increased breast screening. She also informed the patient that risk-reducing mastectomy is usually considered for individuals who have a strong family history of breast cancer, as well as those who have a likely pathogenic/pathogenic variant in a gene, such as BRCA1 or BRCA2, associated with a high breast cancer risk. Based on this information, the patient said she wanted to be followed in the high-risk breast clinic with enhanced screening and decided to not undergo a bilateral mastectomy.

The nurse referred the patient to a genetic counselor, who reiterated that a pathogenic RAD50 variant is thought to moderately increase breast and ovarian cancer risk, but these associations and the level of risk need to be studied more before experts can determine how best to manage the risks. The genetic counselor further explained that more research is needed to establish whether pathogenic RAD50 variants increase the risk of other cancers.

Importantly, the genetic counselor provided the patient with more information about the PALB2 VUS and educated her about the possibility that variant classifications change. According to current guidelines, doctors should not make clinical management decisions based on VUS, since there is uncertainty about their association to cancer. Furthermore, if VUS are reclassified based on additional evidence, the majority tend to be in the benign category. Based on accumulating evidence, however, an uncertain variant may also be revised to a pathogenic classification, which would have clinical implications for this patient. Pathogenic PALB2 variants are associated with a heightened risk of breast and pancreatic cancers, and the NCCN recommends increased screening and consideration of risk-reducing mastectomy.

Based on the history of pancreatic cancer in this patient’s family, and the fact that none of those affected relatives are living, the surgeon decided to test this patient on a multi-gene panel. However, the surgeon’s recommendations based on the patient’s test results are concerning because they demonstrate a lack of familiarity or adherence with practice guidelines, according to Meagan Farmer, a genetic counselor and genetic clinical operations director at My Gene Counsel.

“There’s limited information about RAD50 right now, which is why there aren’t management guidelines, but based on the available information it’s not a high-risk gene for cancer,” Farmer said. “When you combine that with this patient’s lack of family history for breast cancer and her benign breast biopsy, you can see why the breast specialist would be concerned that the surgeon jumped to risk-reducing mastectomy.”

Recent data suggests that doctors may commonly overtreat patients who have pathogenic variants in moderate-penetrance genes. In a study published earlier this year, researchers led by Tuya Pal from Vanderbilt University Medical Center evaluated the surgical decisions doctors made for 235 women, two-thirds of whom had a history of breast cancer, and all had a likely pathogenic/pathogenic variant in a high or moderate penetrance breast cancer risk gene: BRCA1/2, PALB2, CHEK2, or ATM. Pal’s team reported high rates of bilateral mastectomies among those with likely pathogenic/pathogenic variants in high-risk genes, BRCA1/2 and PALB2, in line with guidelines.

However, the researchers also frequently observed bilateral mastectomies among women based solely on the fact that they had likely pathogenic/pathogenic variants in ATM and CHEK2, which didn’t align with practice guidelines. Moreover, almost a third of the women with likely pathogenic/pathogenic variants in PALB2, CHEK2, and ATM had bilateral oophorectomies, which is also not recommended.

“We know some doctors are still treating pathogenic variants in every breast cancer predisposition gene like BRCA1 and BRCA2, which they may be more familiar with, even though the magnitude of cancer risk associated with some of these other genes can differ quite significantly,” Farmer said.

Meanwhile, PALB2 is a high-risk gene associated with pancreatic cancer and it is concerning that the surgeon told the patient to not worry about a VUS without providing more education. It was important for the patient to be aware that variant classifications aren’t static and can change as more cases are seen with the same genetic variant and that a reclassification to pathogenic status could impact her future risk and management options, especially given her family’s history with pancreatic cancer.

To Farmer, the case history suggests that the surgeon may have been unclear about the implications of a pathogenic variant in RAD50, uncomfortable explaining a VUS result, and uncertain about how to develop a tailored breast health plan incorporating these genetic test results and family history. If this was the case, the surgeon should have referred this patient to a genetic counselor and a specialty breast clinic that could also develop a custom management plan, she said.

Alternatively, the surgeon could have ordered testing for genes with clear breast cancer management guidelines, which labs do offer, Farmer added. “If you’re going to order a multi-gene test panel, be ready to appropriately manage the results,” she said. “You can’t treat everything like a high-risk gene.”

However, the use of genetic testing is increasing in all facets of healthcare, particularly test panels that are approaching analysis of 100 genes at once. Doctors of all stripes are ordering such tests and integrating the results into patient care. In such an environment, it’s especially important for doctors to identify resources to appropriately counsel patients based on genetic test results, Farmer said, such as primary literature, educational materials offered by testing labs, webinars, conferences, and digital genetic counseling tools.