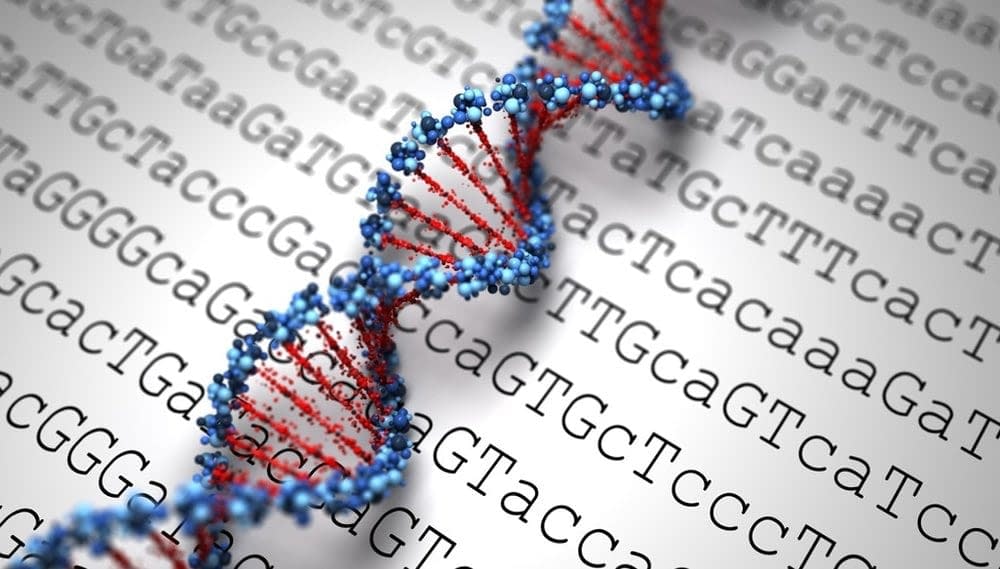 A 60-year-old woman with breast cancer and a history of various cancers in her family came to see a genetic counselor to discuss genetic testing to guide her treatment and risk management. The woman also had two café-au-lait macules, a birthmark that can occur in healthy individuals but also in those with a genetic disorder called Neurofibromatosis type 1, caused by a pathogenic variant in the NF1 gene.

Patients with Neurofibromatosis type 1 are at increased risk for neurofibromas, which are benign tumors that affect the nerves, but they can also develop cancerous tumors in the nerves and of the optic pathway, adrenal glands, or other areas. Female breast cancer also appears to be more common. Patients can also have characteristic skin and eye findings including café-au-lait macules, freckling in their armpits or groins, benign tumors of the colored part of the eye, and freckling of the tissue behind the white outer layer of the eye. Other possible features include learning disabilities and autism.

The genetic counselor noted multiple factors in this family that justified multigene testing for this patient. This family on the maternal side was small, with only a few members, which made risk assessment more difficult, and the types of cancers they had can be associated with pathogenic variants in multiple genes rather than clearly pointing to one specific inherited condition. Moreover, the patient’s mother had her ovaries removed at a young age, which would have prevented ovarian cancer and reduced the risk for breast cancer even if there were a familial pathogenic variant in a gene like BRCA1 or BRCA2.

Since the patient’s sister had reportedly had genetic testing, the genetic counselor asked to review it even though the patient claimed it was negative. Meanwhile, the patient and her medical team, because of her breast cancer diagnosis, were eager to make decisions about treatment and risk management, and there wasn’t a lot of time to wait. Given the patient’s suspicious family cancer history and realizing it would take a while to get hold of the sister’s report, the genetic counselor ordered a custom multigene panel test for this patient. The panel included genes associated with breast cancer and other tumors seen in her family, including the NF1 gene. The test came back negative for all evaluated genes.

It took some time and multiple requests for the patient to share her sister’s test report. Upon receiving it, however, the genetic counselor found that the sister had been tested on a commonly ordered panel that assessed around 30 genes associated with increased risk for breast, gynecologic, and gastrointestinal cancers. The panel didn’t include assessment of NF1.

The panel, which was ordered by a general surgeon, also didn’t include some genes that could have been considered due to their association with the specific cancers in the patients’ family, such as melanoma and brain tumors. The genetic counselor recommended that the patient’s sister see a genetic specialist to gauge whether she meets clinical diagnostic criteria for Neurofibromatosis type 1 and perhaps should have additional genetic testing.

The genetic counselor further advised that other members of her family with far more suspicious cancer histories and their relatives see genetics specialists.

It is concerning that this patient’s sister received genetic testing that did not include analysis of the gene associated with one of the main conditions that should have been suspected in her case and could have also contributed to some of the cancers seen in this family. “Even though this patient was not found to have a pathogenic variant in NF1, her sister could still have an identifiable pathogenic variant or could meet clinical diagnostic criteria for this condition,” said Meagan Farmer, a genetic counselor and genetic clinical operations director at My Gene Counsel, pointing out that the sister and the maternal grandfather both had neurofibromas, which occur more frequently in Neurofibromatosis type 1.

Multigene panels like the ones ordered in this case are cheaper, reimbursed more frequently, and generally more accessible today than they were just a decade earlier. Back then, clinicians had to carefully consider their patients’ personal and family history of cancer and other clues when ordering single-gene testing, because they’d usually get that one chance to diagnose the patient, recalled Farmer from earlier in her career. “If initial testing was uninformative and there were other possible genetic explanations, you hoped that you could order testing for another condition or two, but insurance coverage and out-of-pocket costs could be prohibitive,” she said.

The upside of multigene panel testing is that it offers the chance to broadly test patients for their risk for multiple cancers and conditions at once and makes it less likely that a rare genetic cause might be missed. One downside is that commercial labs have also ramped up marketing efforts targeting many types of clinicians, resulting in some providers with limited understanding of genetics ordering multigene panels.

“Some providers have their go-to pan-cancer multigene panel that they order every time, and they get into a pattern where they don’t really think about whether it covers all the clinical situations based on a patient’s personal and family history,” Farmer said. “A negative test result then gives them false reassurance.”

Given this family’s experience with cancer, tumors, and other clinical features, multigene panel testing was appropriate for both the patient and her sister. But such tests are highly variable in terms of numbers of genes covered, gene content, and more. The general surgeon that ordered testing for the sister should have ordered a panel that included the NF1 gene and could have included additional genes known to be linked with cancers that occurred in her and her family members.

If the provider lacked familiarity with additional genes that might explain neurofibromas or the cancers seen in this family, Farmer said it would have been appropriate to refer the sister to a genetic specialist who would have been able to evaluate her to see if she met clinical diagnostic criteria for Neurofibromatosis type 1. It’s possible that the sister does meet such criteria, but the genetic counselor involved in this case doesn’t yet know if this evaluation or additional testing was done.

“Just testing this one patient with late-onset breast cancer doesn’t get to the bottom of what could be going on in this family,” Farmer reflected. “In order to figure that out, family members with more suspicious tumors, like the maternal uncle with a brain tumor in his 40s, should see a genetic specialist, or if certain family members are deceased, their close relatives may still want to meet with a genetic specialist.”