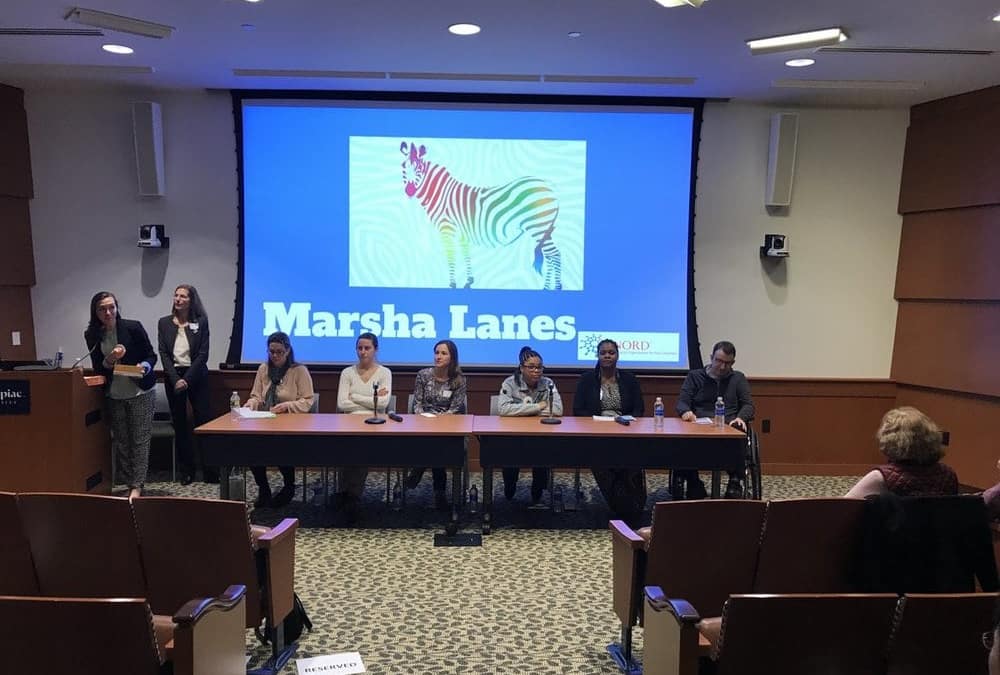 Rare Disease Day is an opportunity to raise awareness for 7,000+ rare diseases and the 30 million Americans who are affected by a rare disease(s). The theme for this year’s Rare Disease Day is “Research” and the important role that patients play in gaining an understanding of rare diseases and developing innovative treatments or cures. This year’s slogan is “Patients are not only subjects but also proactive actors in research.”
We attended both of the Connecticut Rare Disease Events, one in North Haven at Quinnipiac University and the other in Hartford at the Legislation Office Building. Check out our recaps below! 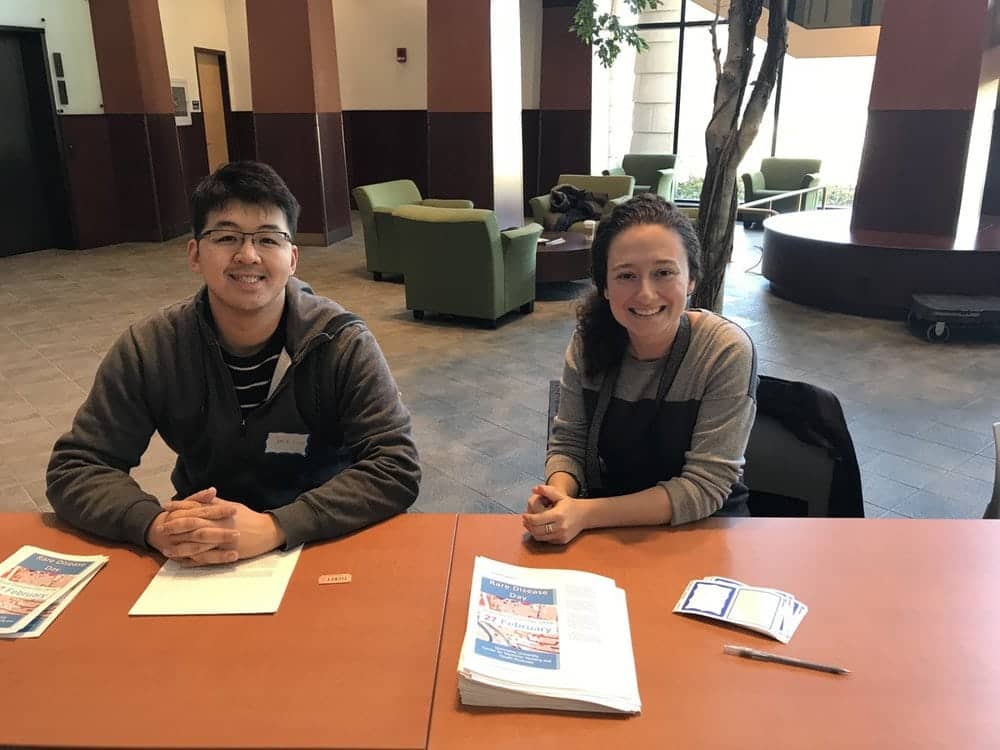 It was a pleasure to attend Rare Disease Day at Quinnipiac University Center for Medicine, Nursing and Health Sciences, which was student-organized and run!
I was a keynote speaker, along with Dmitry Kravtsov, MD of Vanessa Research.  Dr. Kravtsov studies a rare pediatric disease called microvillus inclusion disease (MVID) that presents with severe diarrhea.  He is now part of a team that is developing novel medications for this condition.

Marsha Lanes of NORD was the moderator of a patient panel that included parents who had children with Maple Syrup Urine Disease and Dravet Syndrome.  A daughter with progressive vision loss and her mom were also part of the panel, along with adults with Cyclic Vomiting Syndrome and Miyoshi Myopathy, an adult form of muscular dystrophy.  The panelists gave the young clinicians in the audience several pearls of wisdom:

Thank you for sharing your stories!
Ellen Matloff, CEO and President of My Gene Counsel

The annual Rare Disease Day event in the Legislative Office Building in Hartford, CT was held on Rare Disease Day itself, February 28th. The event provides an opportunity for patients, caregivers, medical professionals and industry representatives to come together and educate elected officials about rare diseases, and what it’s like to live with or care for someone with a rare disease in the state.
A main focus of the event was newborn screening, including the addition of Pompe Disease and Mucopolysaccharidosis Type 1 (MPS1) for Connecticut. Connecticut covers over 60 diseases, while most other states only cover ~40 diseases.
Researchers shared how vital funding is to their research and the cascade effect initial funding can have. Stormy Chamberlain, PhD, a researcher at UCONN who focuses on Angelman Syndrome, explained how the Connecticut Stem Cell Research Fund led to NIH funding and partnerships with pharmaceutical companies such as Alexion. Presenting alongside her was Jim K, a father of a child who has Angelman Syndrome. As a fierce patient advocate, he joined the Angelman Syndrome Foundation to help raise some of this research money. He also shared some aspects of being the father of a child with a rare disease, including the burden of expensive seizure medication, full-time supervision of his son, and fighting for basic needs for his son at school.
There was also a family with a daughter who has Dravet Syndrome. Beth Fox shared about her daughter’s 250 unconscious seizures, despite trying multiple different medications, and their battles with her insurance company for coverage. In a cute moment, her daughter joined her at the podium, excited to introduce herself.
Senators and Representatives also spoke about their support for rare diseases including the Connecticut Rare Disease Task Force. This bipartisan group focuses on newborn screening, insurance issues, support services in school systems among other topics.
Kira Dineen, Communications Lead of My Gene Counsel