Why Our CEO Is Passionate About Organ Donation 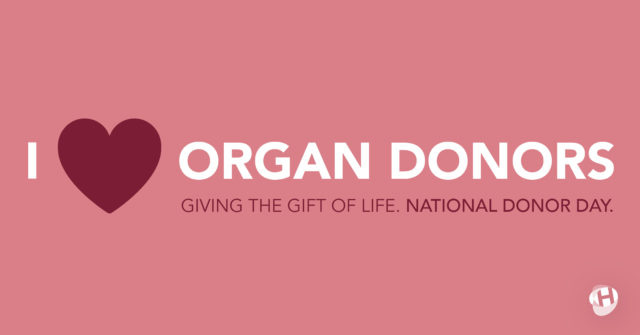 ELLEN: Many clinicians, scientists, and inventors are working hard to find new solutions in the area of organ transplant. As a recipient, what would you like to say to these innovators?

MIKE: I would say thank you! Breakthroughs in the area of organ transplantation take incredible amounts of time and energy, but the survivors are living proof of the return on that investment. I hope there will always be a viable, plentiful source of public and private funding for the research and testing that is required to make advancements in this area. Right now, pharmacology is making great strides. There are time-released versions of the daily immunosuppressants that I take, and a fairly new intravenous drug called Belatacept (brand name Nulojix) made by Bristol Myers Squibb, that a patient can receive once a month in place of all other immunosuppressants. There are options in the area of transplant surgery. For instance, some hospitals offer a “mixed chimerism” procedure that combines both a bone marrow and kidney transplant from the donor to the recipient. After the transplant, the recipient does not need immunosuppressant drugs. My greatest hope though is in the area of organ engineering with stem cells. I’m excited to dream that if not in my lifetime, then maybe my grandchildren’s lifetime, we will no longer need donors, and that clinicians will be able to create a healthy organ from a patient’s own stem cells.

The following article was originally published in February 2018

My Gene Counsel’s President and CEO, Ellen Matloff, is passionate about National Organ Donor Day. Why? Because without donors, she would never have met her husband, Mike, a grateful recipient of a kidney transplant. Here, Ellen interviews Mike about his experience receiving an organ donation and his thoughts about donors.

ELLEN: Thank you for sharing your story, honey. What is your motivation for sharing something so private?

MIKE: Currently, there are more than 100,000 people waiting for a kidney transplant, and that’s just in the United States. The need for information about this crisis, and what can be done from both the donor and recipient perspective, is critical. I hope that my story will help those going through this process to understand the journey that lies ahead for them.

ELLEN: When and how did you first learn that something was wrong with your kidneys?

MIKE: In 1985, right before I started college, I developed a kidney infection. After the infection was treated, I had a test called an intravenous pyelogram (IVP), which showed that I had a small left kidney. The test could not find my right kidney, although a later ultrasound did discover it.

ELLEN: Did you know at that time that you would someday need a kidney transplant?

MIKE: No. I understood then that I was born with different kidneys, but it wasn’t until the early 1990s, after a routine blood test showed that my creatinine level was high, that I first started treating with a nephrologist. It became readily apparent that my kidneys were gradually failing, for no known reason, and I would someday need a transplant.

ELLEN: And then quite a bit of time passed, correct?

MIKE: Yes. I first began treating with a nephrologist around 1993. My kidney transplant was in May of 2012. I remember early on my nephrologist doing a quick calculation of when he thought I would need a transplant. He predicted I would need one in my mid 40s and he was right!

ELLEN: How did your health change in this period of time, and how did you know you were getting closer to kidney failure?

MIKE: I was mostly asymptomatic until several months before my transplant. Kidney disease is tracked in stages, Stage 1 being mild kidney disease, and Stage 5 being the worst, known as “end stage renal disease.” I was diagnosed with Stage 5 in November of 2010. In late 2011, my blood pressure became unmanageable, I had recurrent gout, I suffered nightly excruciating leg cramps, I was tired all the time, and worst of all, in February 2012, I developed a near lethal level of potassium in my bloodstream.

ELLEN: Your sister, Kathy, decided to give you one of her kidneys and was a perfect match. How did you learn of this news?

MIKE: I began treating with the Yale New Haven Hospital Transplantation Center in November of 2008 when I was diagnosed with Stage 4 kidney disease. At that time, Yale asked me about potential donors. I discussed it with my family at Christmas that year, and my sister immediately offered to be tested, which she was a couple of months later. Then I learned that she was a match, but it wasn’t until we went through the process again in early 2012 that I learned that not only was she a match, but that she was a perfect match. Perfect matches occur in identical twins but are otherwise pretty rare.

ELLEN: The time leading up to the transplant was a difficult time for you, physically and emotionally. How did you feel after the transplant?

MIKE: You never realize how sick you are until you are healthy. I remember my first night’s sleep after the transplant and waking up the next day without once having a leg cramp during the night. And I was able to eat anything I wanted! People who have kidney disease are usually on very restricted diets, so being told by the dietician at the hospital that I should eat a lot of protein was incredible! I felt so much better. Physically, I had more energy, and my body returned to normal very quickly. Emotionally, I was drained but so thankful that the dread of kidney disease was behind me and that my sister and I were well.

ELLEN: What are you most grateful for?

MIKE: I am grateful for so many people – my friends and family, my work colleagues, the incredible staff at Yale. I’m incredibly grateful for the doctors and scientists of the past, who soldiered through the medical and ethical hurdles inherent in the transplant process to give us this incredible, near magical modern procedure. But I’m most grateful for my sister, Kathy, who gave me the gift of life. She never once hesitated, and she was there for me when I needed her – before, during, and after the transplant. Because of her, I was able to have the transplant without ever going on dialysis. Because of her, I had a short, relatively easy recovery. And because of her, I am completely healthy today. My sister and I have always been close, but the bond that we share as donor and recipient seems to transcend our other relationships.

ELLEN: Thousands of people will read this article. Some may be considering becoming universal donors or even a living donor. What would you like to say to those people?

MIKE: I’d say do it! For those considering being a living donor, I can tell you that the surgery to remove a kidney is done by laparoscopy and is very low risk. My sister was up and walking the day after her surgery and discharged from the hospital three days later. Today, she is completely healthy. For those considering becoming universal donors, I’ll note that while we need our organs in this world, we won’t need them in the next. I can’t tell you how happy I was to learn that I can still be an organ donor after my transplant. In fact, my new kidney could be donated. A simple decision to share the gift of life, now or later, will be one of the best decisions you ever make.

Want to learn more about becoming an organ donor? Check out OrganDonor.gov for statistics, stories, and to sign up!