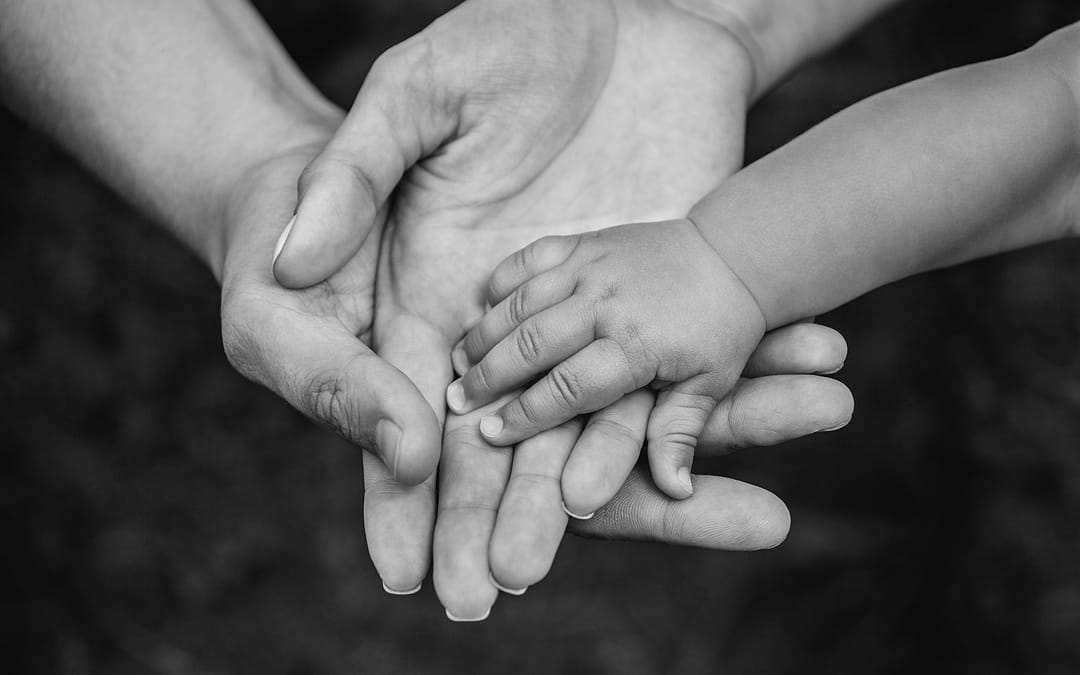 Lynch syndrome is an autosomal dominant condition. This means that a person who carries one copy of a mutation in any of the genes known to cause Lynch syndrome is at increased risk to develop multiple adult-onset cancers, especially those of the colon, uterus, and ovaries.

A person who carries two mutations in the same gene in any of the genes associated with Lynch syndrome (MLH1, MSH2, MSH6, PMS2) has a completely different syndrome called Constitutional Mismatch Repair Deficiency (CMMRD). This usually occurs when a person inherits one mutation from their father and the other from their mother. This rare condition is associated with a high risk of early-onset cancers, including childhood onset cancers of the brain and blood. Café au lait spots, flat light-brown birthmarks on the skin, are also common.

In this interview, My Gene Counsel spoke to Erin Mading about her family’s personal experience with CMMRD, helping bring awareness to this rare hereditary cancer syndrome.

Erin, thank you for granting this interview. We were very sorry to hear that your 10-year-old daughter Isabella – or Bell as you called her – died just a few weeks ago of a CMMRD-related brain tumor. First, can you tell us about Bell?

Bell was an energetic, happy girl who wanted to be a nurse when she grew up. She was a social butterfly who enjoyed every moment of her life.

We offered to postpone this interview because of what you and your family are going through, but you were interested in doing this now – why?

Because I want to bring awareness to CMMRD, Lynch syndrome, and other inherited cancers, and push for a cure. I never want another family to watch their child take their last breath.

Tragically, you have lost three of your five children to CMMRD-related cancers in the past six years. How did you learn that these cancers were related to CMMRD?

Our son Cody was diagnosed with an optic glioma at age 11. At 16, he was diagnosed with a giant cell medulloblastoma. Cody had café au lait spots on his skin, and his doctors thought he had a genetic condition called Neurofibromatosis Type 1 (NF-1), but he didn’t. Cody died at age 17.

A few months after Cody passed away, our daughter Averi had blood in her stool. A colonoscopy revealed that she had dozens of precancerous colon polyps, so she had her colon removed at age 14. Two months later, Averi was found to have a brain tumor called a glioblastoma, and she also had café au lait spots. Doctors suspected that Averi might have a genetic condition called Familial Adenomatous Polyposis (FAP), but she did not. We requested more extensive genetic testing and learned that Averi carried two copies of a PMS2 mutation. Averi died at age 17.

Our daughter Bell was diagnosed with glioblastoma last year at age 9, and she recently died at age 10. She also had two copies of a PMS2 mutation.

Many people are confused about what is happening in your family and think your children had Lynch syndrome, but they did not. They have CMMRD, caused when a child inherits two copies of a Lynch syndrome mutation in the same gene. Do you have a personal and/or family history consistent with Lynch syndrome?

No, we do not on either side of our family. My paternal grandfather had colon cancer at age 82. We have no history of early-onset colon cancer, uterine, or ovarian cancer. The children’s father and I have not yet had genetic testing, but intend to when our lives settle down a bit.

It’s unusual for two parents to each carry a mutation for Lynch syndrome.

Yes. As far as we know, we are not related to each other, although we have learned that is a common finding in other families with CMMRD.

Have your other two children had genetic testing?

One of my daughters has tested ‘true negative’ and does not carry any Lynch mutations. My other daughter is choosing not to be tested at this time. Neither have café au lait spots, so we are hopeful that neither has CMMRD.

I’ve heard a lot of people say, “How do they do it?” in regards to you and your family. What is your answer?

I have a lot of faith in God. We pray a lot. My passion is to try to find a cure. God has a bigger plan for us. Hardships bring passion and empathy. We can either hide in the corner or make a difference for another family. We have chosen to make a difference – that is our goal.

In a sea of loss, is there anything positive that has come from this experience?

Awareness. And there are so many wonderful people out there that this information could help.

What advice do you have for a person who wants to support a family going through a medical crisis and tragedy?

Be there for them unconditionally. People sent Bell cards and packages when she was sick. People donated money to us, which allowed me to stay home and take care of and spend time with my daughter. Every dollar that people kindly donated changed our lives. We so appreciated all of the kind words and prayers.

What do you hope people will learn from your story?

Never give up hope. You don’t know how strong you are. Everyone has this strength inside of them.