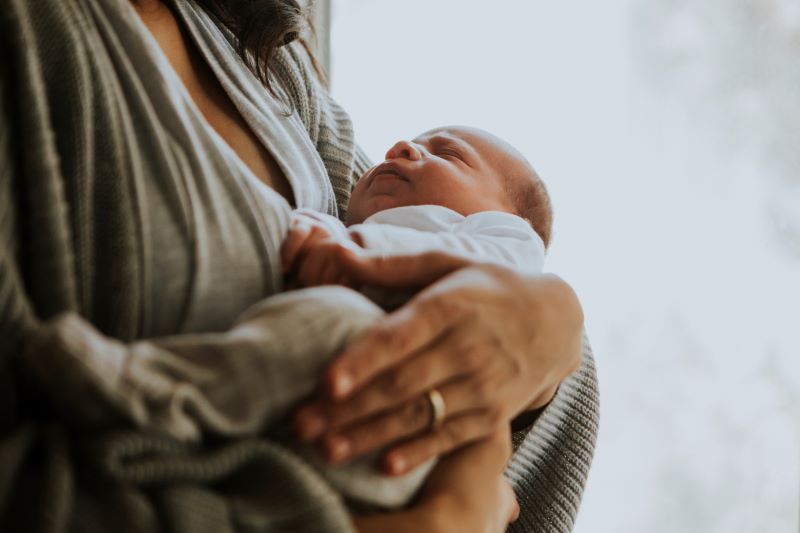 A 36-year-old, non-English-speaking, female emigrant from the Middle East came to see a genetic counselor at a California healthcare system in 2019. She had recently moved to the state, and in the process of reestablishing care at a large academic healthcare facility, was referred for genetic counseling due to her history of breast and thyroid cancer and previously having genetic testing. During the session, with the help of an Arabic interpreter, the genetic counselor discussed the patient’s experience with cancer and the prior care she received.

The woman had first been diagnosed with cancer in her right breast in 2012, when she was 31 years old and still living in the Middle East. She moved to the US shortly after that and underwent a lumpectomy but didn’t complete adjuvant treatment because she became pregnant and did not follow up with her care. In 2014, her cancer recurred, again in the right breast, at which point she received genetic testing and underwent a bilateral mastectomy, adjuvant radiotherapy, chemotherapy, and hormone treatment. In 2017, the patient was diagnosed with papillary thyroid cancer and had undergone a partial thyroidectomy.

Back in 2014, when the patient’s breast cancer recurred, her surgeon recommended that while she was getting her breasts removed she also have a bilateral salpingo-oophorectomy due to her “BRCA1-positive” status. The patient shared with the genetic counselor that she consented to the removal of her ovaries because her surgeon told her she was at very high risk for cancer and would need this surgery eventually. She recounted hearing from her other healthcare providers repeatedly that she had the “Angelina Jolie” gene, which increases her breast cancer risk to as high as 82 percent. But the patient also recalled how overwhelmed and hesitant she was at the time about removing her ovaries because she wanted to have more children.

The genetic counselor noted that although multiple physicians involved in the care of this woman wrote in their notes that she was “BRCA1 positive,” the patient’s actual medical records did not contain any genetic test reports to support their diagnosis.

The genetic counselor wanted to confirm that the patient did indeed have a pathogenic BRCA1 variant and reached out to the doctors and surgeon who took care of her at the prior healthcare facility. No one could forward a copy of the original test report. The patient’s radiation oncologist was the only physician who acknowledged that her “BRCA1-positive” status was not verified by a report.

When the genetic counselor finally located the report, issued by the molecular testing lab Myriad Genetics in 2014, it showed that she did not have a pathogenic BRCA1 variant. She did have a pathogenic variant in CHEK2, a low-penetrance APC variant, and a variant of unknown significance in BARD1.

The genetic counselor explained to the patient that she did have a pathogenic variant associated with increased breast cancer risk, but not in BRCA1, and that her genetic test results and personal or family history did not warrant removal of her ovaries. “I had to break the news to her that she had been sterilized inappropriately,” the genetic counselor said. “She was absolutely devastated as she wanted more children.”

Women with pathogenic variants in the CHEK2 gene have a 1.5- to three-fold higher risk of breast cancer compared to the general population and are at heightened risk for recurrence — but these risks are significantly lower than they would have been if she harbored a BRCA1 pathogenic variant. Current evidence suggests that the risk of additional primary breast cancers may be higher with a specific pathogenic CHEK2 variant, which this patient did not have. There is data showing that pathogenic variants in this gene increases the risk of colorectal cancer 1.5- to two-fold, and researchers are investigating the risks associated with other malignancies, such as prostate and thyroid cancers. Importantly, the National Comprehensive Cancer Network guidelines state that there is currently no evidence that CHEK2 pathogenic variants increase the risk of ovarian cancer, nor have guidelines ever suggested a clear association.

The genetic counselor explained that with estrogen receptor-positive breast cancer, like the patient had, doctors typically prescribe drugs to suppress the ovaries and reduce estrogen levels. Her doctors could have taken this approach, which unlike oophorectomy, would have been reversible. Given that CHEK2 pathogenic variants are associated with increased breast cancer risks, surgeons sometimes offer prophylactic mastectomy, but long-term increased breast surveillance would also have been a reasonable alternative, the genetic counselor said. She also explained that the APC p.I1307K low-penetrance variant is considered a risk factor for colorectal cancer. Of note, this particular variant is not associated with classic or attenuated familial adenomatous polyposis syndrome.

The patient has three sons. Her immediate family in the Middle East — mother, father and two sisters in their 40s — are cancer free. The genetic counselor advised that the patient’s sisters may want to have genetic testing, or at least have annual mammograms, based on her own experience with breast cancer at an early age. Annual breast MRI would also be appropriate if available to them.

Upon learning all this, the patient became depressed and distrustful of the medical system, and worried that all her records are incorrect, the genetic counselor said. The patient wanted to sue her surgeon. A social worker provided a list of therapists and lawyers who speak Arabic. Despite therapy, this woman is still distressed, according to the genetic counselor. The patient met with several lawyers, but they all declined to take her case citing the two-year statute of limitations for malpractice suits in the state in which she was originally tested and underwent surgery.

In the process of tracking down the test report, the genetic counselor spoke with a non-clinical employee who had been trained to facilitate genetic testing for cancer risk and ordered testing for this patient. That employee recalled correctly explaining the test results to the patient, the cancer risks associated with the detected variants, and the management recommendations. However, since this employee was not involved in crafting the treatment plan for the patient, it is unclear how she was mislabeled “BRCA1-positive” in her medical records. The genetic counselor suspects that the error occurred because none of the doctors or surgeons took the time to review the actual test report.

Whether the doctors failed to look at the test report or misunderstood the report, this case is concerning because they ultimately incorrectly managed a patient and prematurely ended her childbearing potential, said Meagan Farmer, a genetic counselor and genetic clinical operations director at My Gene Counsel. “This case is really upsetting because the patient was pressured to undergo ovary removal at 31,” Farmer said. “Even if she had a BRCA1/2 pathogenic variant, that’s early.”

In their failure to appropriately consider the genetic test results, doctors also missed the opportunity to recommend the right follow-up interventions. In addition to heightened breast cancer risks, CHEK2 mutations are associated with an increased risk of colorectal cancer and the APC variant she harbors is also known to slightly increase the risk for the disease. “That means she has two reasons to be recommended for colonoscopy when she turns 40,” Farmer said. “Her surgeon is recommending ovary removal and contralateral breast removal but no one is talking about her colon cancer risk.”

This is a non-English speaking patient who was described as a “refugee” in physicians’ notes, and after her first breast cancer diagnosis, she was lost to follow-up and didn’t complete her treatment. Farmer wondered whether these factors may have also contributed to how she was treated. “Sometimes, we see someone who’s an immigrant, not a native English speaker, and previously lost to follow-up, and providers make assumptions about their potential adherence to increased screening,” she said. That may have prompted her surgeon to take a more paternalistic and aggressive approach, Farmer acknowledged, “but even then, it’s hard to believe that all these recommendations came down to that.”

Healthcare providers are increasingly ordering multi-gene panel tests, which are identifying more patients with variants in moderate risk genes, such as CHEK2. “But some providers keep falling into this rut of treating anything linked with breast cancer like BRCA1/2,” Farmer said.

In the case of this patient, because she had breast cancer at a young age and a CHEK2 variant, one may be able to make a case for bilateral mastectomy, but Farmer can’t come up with a reasonable excuse for recommending ovary removal. “The guidelines specifically say ovary removal is not indicated,” she pointed out.

Even if providers aren’t genetics experts, they should understand at a minimum that not all cancer predisposition genes are the same, she said, urging more education and familiarity with genetic testing guidelines. If doctors are ordering large multi-gene panels, they should be prepared to manage patients based on findings on all the genes tested, but if they’re not comfortable doing so, Farmer advised only ordering testing for genes they do know management recommendations for or referring patients to a medical geneticist or genetic counselor for the unfamiliar genes.

Farmer has seen all too often providers making management mistakes because they didn’t actually review their patients’ genetic test reports. “We say it over and over again: review the genetic test results yourself before making your management plan rather than relying on the clinic note of a colleague,” she said. “Don’t assumes the physician your patient saw before was correct.”

Lastly, this patient’s account suggests that her doctors made management decisions without considering her future health and family planning goals. “It’s important to look beyond perceived cancer risks and consider the whole patient,” she said. “Recommending ovary removal to a 31-year-old because you think she’ll eventually need it and she might as well have it at the same time as breast surgery for convenience, is callous.”