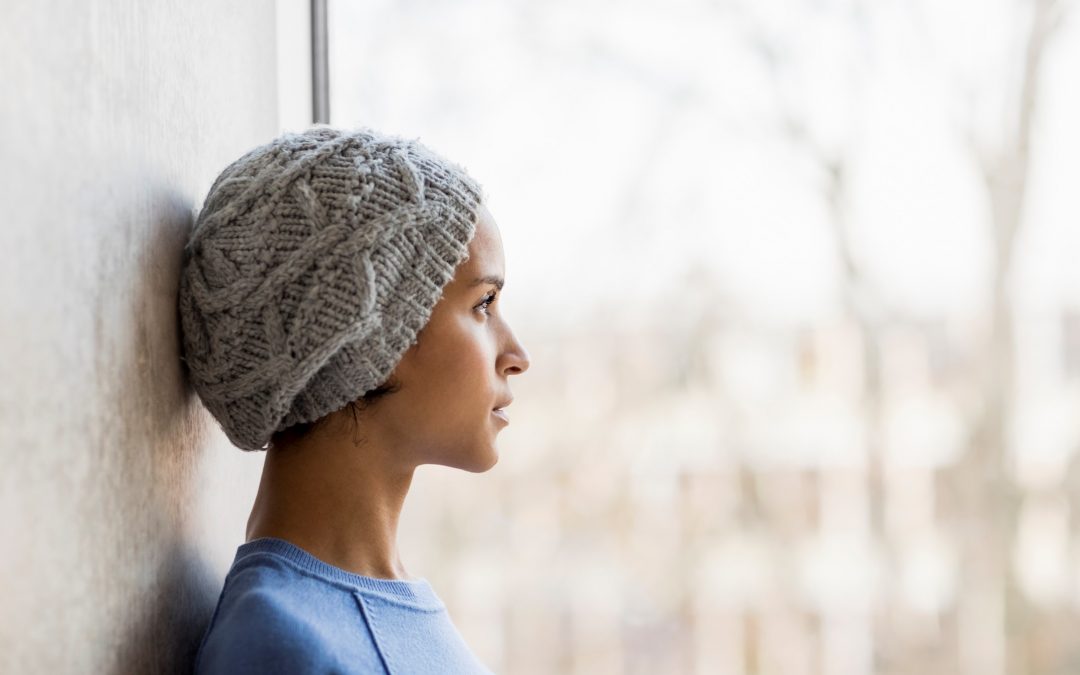 A 57-year-old woman with breast cancer was referred by her surgeon to see a genetic counselor because this was her second breast cancer diagnosis. Three years earlier, this patient had been tested for inherited pathogenic variants in BRCA1 and BRCA2 genes associated with increased risk of breast, ovarian, and other cancers. Although the patient reported that she was told this testing had yielded negative results, given her own experience with a prior breast cancer at age 38 and colon cancer at age 51, and a strong family history of breast, ovarian, and other cancers, the surgeon felt she could benefit from getting tested again with a broader panel of genes.

During her genetic counseling session, the patient again recounted how she had received genetic testing previously and that it had turned up negative for pathogenic variants in BRCA1/2. However, the patient also said that her sister, who had never had cancer, had also gotten genetic testing based on their family history of cancer around the same time she had. This testing revealed that her sister had a pathogenic variant in BRCA1 and another in MUTYH — a gene that is associated with a hereditary cancer syndrome that causes significantly increased risk of colon polyps and colon cancer if the individual has pathogenic variants in both copies of the gene; a pathogenic variant in one copy of the gene could also potentially increase colon cancer risk modestly.

The genetic counselor explained that the patient had concerning personal and family history suggestive of an inherited cancer risk variant, potentially in another gene, and that the patient should also be retested for deletions and duplications in BRCA1/2 if this was not done as part of the earlier test. The oncologist was adamant that his patient did not need updated testing and that she was BRCA1/2-negative and expressed that he did not want to share the test results.

The genetic counselor explained to the patient that she had a pathogenic variant in BRCA1 according to the previous test result, and the implications this has in terms of the risk of a second breast cancer. The risk of contralateral breast cancer for BRCA1-positive women is estimated to be between 18 percent and 32 percent within 10 years of the initial diagnosis and close to 50 percent within 25 years of the initial diagnosis. She also told the patient that if her oncologist said she was BRCA1-negative, then he did not interpret the earlier test result correctly. Additionally, the genetic counselor discussed that the patient’s pathogenic variant was the same as the one harbored by her unaffected sister, and that her cancer history seems to align with the family history on her father’s side of the family.

The patient was “shocked and appalled” to learn that her oncologist, who until now she held in high regard, had interpreted her test results incorrectly, the genetic counselor recounted. She offered the patient additional genetic testing since her colon cancer diagnosis wasn’t explained by the BRCA1 pathogenic variant and her sister carried a MUTYH pathogenic variant. The updated testing confirmed that the patient was indeed BRCA1-positive, but she did not have the MUTYH variant. The genetic counselor later heard that the patient had decided to change oncologists and may even be considering suing him for negligence.

This case is concerning because a medical oncologist failed to accurately communicate to a patient the results of a genetic test that would have impacted her management. Had she known the correct results, the patient would have been recommended to consider risk-reducing surgery of the left breast or at least increased screening, which may have either prevented the second breast cancer or detected it at an earlier and easier to treat stage. Furthermore, the genetic counselor managing this patient felt uncomfortable that the oncologist was so adamantly against additional testing and sharing her earlier test results. Though she can’t be sure, the genetic counselor suspects the doctor may have realized his mistake upon revisiting the case and didn’t want others to know about it.

“It’s hard for me to understand, how a report that says, ‘positive,’ or ‘pathogenic variant,’ or ‘deleterious mutation,’ can be misinterpreted as a negative report,” said Meagan Farmer, a genetic counselor and genetic clinical operations director at My Gene Counsel. However, she has seen this kind of mistake happening in her own practice and similar cases have been reported in the literature. The patient’s genetic counselor and Farmer agreed that had the correct test results been given to this patient, there was a good chance she could have avoided her second breast cancer.

This case illustrates the growing risk of liability for healthcare providers amid increasing utilization of genetic testing, as well as the added costs and suffering to the patient associated with receiving inappropriate care. All of this could have been potentially avoided, Farmer said, if the medical oncologist had been more diligent in reviewing the results. But if he wasn’t comfortable ordering testing and reviewing the results, he should have referred the patient to a genetic counselor or medical geneticist, she added.

Farmer is optimistic that the risk of such errors may be limited by improving patients’ access to their own healthcare information. Under the 21st Century Cures Act, patients will soon be able to request clinical notes, as well as information on pathology and laboratory workups, from their healthcare providers.

“We’re really seeing patients shifting toward becoming healthcare consumers who want and benefit from taking more active roles in their own care,” Farmer said. “In the case of this patient, if she had been given access to her genetic test report digitally, as is the push today with the Cures Act, she may not have fully understood the result, but it may have caused her to ask her oncologist questions that made him look at the report again or seek out a second opinion.”

Farmer added that digital support tools that facilitate patient access to genetic test reports and keep updating the patient on emerging evidence on detected variants and the latest guidelines, can also help in this regard. “If there were more digital clinical support tools for patients and clinicians at the point of care, you might also see fewer errors like this,” she said.