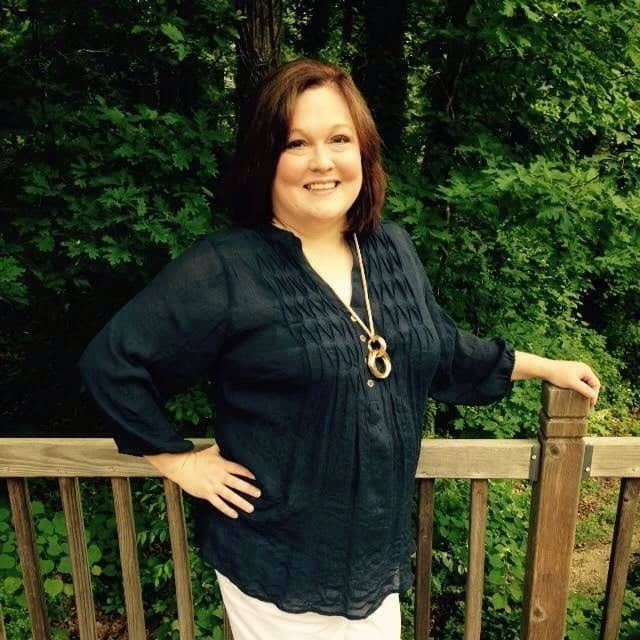 This is the second in a series of articles built to highlight rare hereditary cancer syndromes. This is Elizabeth’s story of living with FAP, also known as Gardner’s Syndrome.
Genetic Counseling Note: There are several hereditary cancer syndromes that can cause affected individuals to develop multiple polyps in their gastrointestinal (GI) tracts. One of these syndromes is called Familial Adenomatous Polyposis (FAP) and is often caused when a person carries one mutation in a gene called APC.
People with Classic FAP develop hundreds or thousands of adenomatous polyps in their GI tracts, mainly in their large intestine, the colon. This process most often begins in childhood. If left in place, the chance that a polyp will transform into cancer by age 40 approaches 100%. Individuals with FAP are offered early surveillance via colonoscopies in childhood, and risk reducing surgeries if/when they develop multiple polyposis, to reduce the risk that they will ever develop cancer.
If a person carries a mutation in the APC gene, each of his/her children has a 50% chance to carry the same. Importantly, about half of individuals with APC mutations have ‘de novo mutations’, meaning that the mutation is new in that person. For this reason many people diagnosed with FAP have no family history of colon polyps or cancer.
Some people have a form of this syndrome called Attenuated FAP that involves fewer polyps at later ages. FAP can also include findings outside of the GI tract, such as an eye findings abbreviated CHRPE, thyroid cancer, osteomas, fibroids, desmoid tumors and epidermoid cysts.
Gardner syndromeis sometimes used to describe individuals with FAP who develop  osteomas and soft tissue tumors (epidermoid cysts, fibromas, desmoid tumors).
Tell us a little bit about yourself
I am 43 years old, married, and a stay-at-home mom for our two kids (son 18, daughter 16). I live in Alabama and enjoy football games, cooking, reading, spending time with family, and volunteering at our church.
How did you learn you have FAP?
Growing up I had health problems, such as chronic stomach pain, that no one could figure out. When I was 29 my gynecologist found that I had a fibroid and significant, unexplained anemia. He sent me to a gastroenterologist who did a colonoscopy and found 1000 polyps in my large intestine. When I woke up from my colonoscopy a post-it note was waiting for me that read, ‘Familial Polyposis’ and that is how I found out I have FAP. I was the first person to be diagnosed with FAP in my entire family.
I called my doctor’s nurse the next day for clarification on ‘familial polyposis’ and she told me it was no big deal, that it just meant we have polyps in my family. But then we met with my gastroenterologist and were absolutely shocked at the implications. I started making calls and doing research and found out that I needed my colon removed. My children were ages 1 and 4 years old when I had that surgery. Luckily, no cancer was found, but the recovery was significant and I’ve required several subsequent surgeries.
When I learned that children with FAP should be screened with colonoscopies I wanted my children to have genetic testing. First, this meant genetic testing for me to find the mutation. We were initially told that our insurance would not cover genetic testing and it was very expensive. But we later learned that it was, in fact, covered. I had genetic testing and learned that I do carry a detectable mutation in the APC gene. Then, my children had testing for the mutation identified in me. My daughter inherited it and my son did not.

What findings of FAP/Gardner’s syndrome do you have?

What about this diagnosis has changed your life the most?

This diagnosis changed my self-perception because I realized that things that I always thought were in my head, like my chronic childhood medical problems, were real and not imagined. I became more self-confident and realized that I needed to be the person who understood my condition and stayed on top of my healthcare. I eat healthy, take care of myself, stay on top of all of my screenings, and maintain a positive attitude.

What do you wish more doctors knew about FAP/Gardner’s syndrome?

I wish more doctors and health care professionals knew that there is more than just one way to support someone with FAP. There are many things we can do to decrease our chance to developing polyps and cancer, including taking medications like Celebrex, following an anti-inflammatory diet, and exercising. Lessons learned from Gardner’s syndrome can potentially be used to help people in the general population reduce their risks of developing polyps and cancer.

What do you wish the average person knew about FAP/Gardner’s syndrome?

I wish the average person knew that it’s okay to ask questions. This syndrome is rare and I’ve had to have some unusual surgeries, but I’m okay, there are just things about me that are different. It’s okay to just ask me. It doesn’t change who I am as a person – this is part of me.

I’ve had an amazing team of doctors and surgeons caring for me since my diagnosis. I think one of the best things a patient can do when they’re diagnosed with a rare disease is to find the right team of doctors.

It’s also important to pay attention to your body and let your doctor know when something doesn’t feel right. I nearly died from complications more than once because I didn’t want to be a bother to my family or my doctor. Each time, it was something that could have been fixed easily if I had not ignored the symptoms.

Are there any organizations you’d recommend for someone who wants to learn more about hereditary colon cancer?

The Hereditary Colon Cancer Association is a wonderful resource, for all types of hereditary colon cancer. There are also a number of wonderful Facebook communities whose members are very supportive.