An Interview With Filmmaker Joanna Rudnick 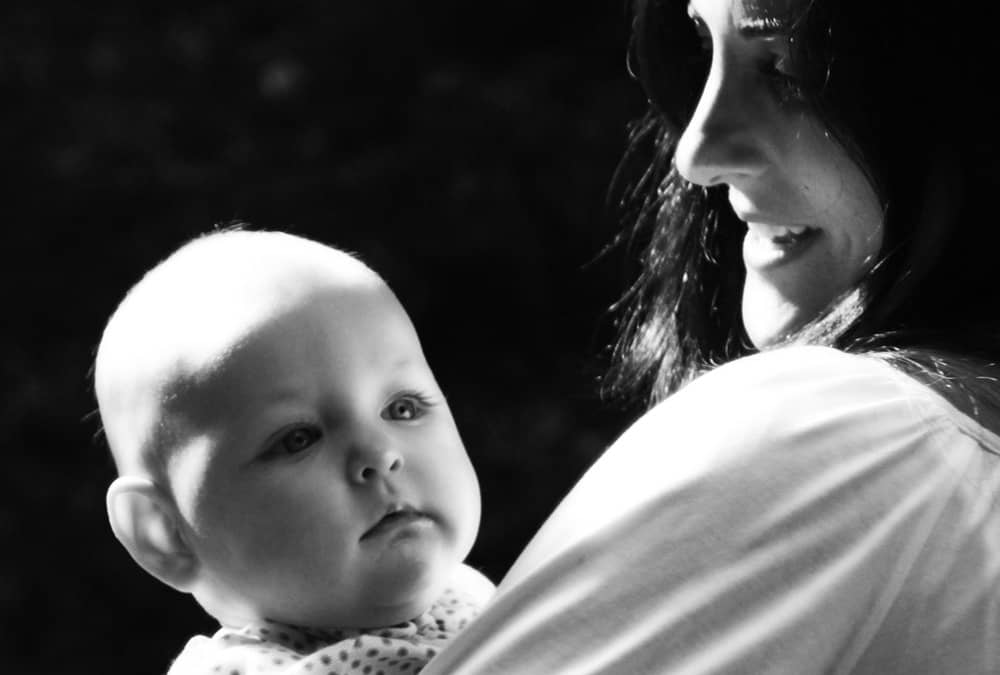 Seventeen years ago, I learned I was BRCA1+.

Ten years ago, my personal film on being BRCA+ and falling into the brave new world of “previvorship” was broadcast nationwide on PBS.

Five years ago, I finished treatment for triple-negative breast cancer and got a double mastectomy and oophorectomy.

On days like today, I get impatient that all of this time has passed and we don’t have foolproof, non-surgical, less life-altering options for preventing the breast and ovarian cancers that stem from BRCA mutations. And then, I realize it’s only been three decades since we have even known about BRCA. When my mother was diagnosed with ovarian cancer in 1986, we had no clue. This next three decades will determine whether my daughters (if they test positive) will have kinder and more humane options in time to impact their lives. This is what keeps me up at night. This and them reading this blog so many years later and saying, “Mom, why did you talk so much about us?” Only so you might have a better future.

Joanna, do you realize that you have a lot of superfans in the BRCA and genetics communities?

I find that so hard to believe! I think of myself as a regular member of the community, facing the same challenges as everyone else. I read the posts and blogs of all of you and am trying to learn from everyone else.

It is such a pleasure to speak to you. Your film, In the Family, was the first to give a voice to the plight of BRCA previvors and to show what you are really going through – emotionally, physically, spiritually, and how this impacts family and relationships. How does it feel to be that historic figure at such a young age?

It came out of my own need for a national and international conversation on these issues. I was 27-years-old when I learned that I’m a BRCA carrier, and when I looked online there were no blogs, no stories. That was the landscape. I did find FORCE and Sue Friedman, thank goodness. Ironically, in my first call with Sue Freidman, I told her I’d like to make a film about the BRCA landscape and she asked me if I was a carrier and I said no! I wasn’t ready to share my status. I guess I couldn’t handle the perceived stigma. It was still taboo to speak about all of these issues, like prophylactic surgery. We were pioneers. We were the first large group of people at high risk to make these big decisions.

You shared a great deal of yourself in this film. Your family history, your carrier status, your then relationship. It was all out there, and it was raw. Do you ever have a moment of regret?

Honestly, I don’t have a moment of regret. In the process of making the film, I was in a bubble, but then right before it aired on PBS in 2008, I had a moment of panic. It dawned on me that I was speaking out not just for myself, but in some ways, for the community. For example, the scenes with my then boyfriend and speaking about prophylactic surgery, I knew that dialogue would be important to other women in similar situations. But starting that conversation was so important to me that it transcended my own discomfort.

Is there anything you wish you had included in the film, in retrospect?

So much made it into the film, which is a testament to my editor, Leslie Simmer, my executive producer, Gordon Quinn, the families that gave so much, and the partnership we all had in bringing this story to life. We packed a lot in there, from personal stories to the science to the policy and socio-emotional issues. From breakups to topless calendar shoots to thorny family issues. It’s in there.

What is your favorite part?

The moment I’m speaking to Linda, who bravely shared, “I have no breasts, I have no hair, I have no ovaries. It sucks.” It was the most honest moment. It was not sugar coated. I also enjoyed the moments of humor, like when Martha talks about her prosthetic breast being on her back. I thought it was important to show that families can come together and laugh, even in the hardest of times.

The relationship featured in the film ended, and you are now married and have two children. Will you tell us about how you met your husband?

Our families are friends, so we’ve known about each other our entire lives, but we had never really had the chance to connect. Until, ironically, a family funeral brought us together. Soon after, he watched the film and already knew my whole story. He came to our relationship with a deep understanding of the issues I faced being BRCA+ and the film actually served as a bridge for the conversations to come. I hope that it can be a tool for other young women in relationships as well.

And a bit about your children?

I have two girls, ages 5 and 4, so life is busy. One part of what keeps me active and involved in the BRCA community is having two girls and being uncertain about their future. If either or both of them someday learn they are carriers, I want them to have different choices – not just prophylactic surgery – and protections from stigma and discrimination. This is the responsibility of our generation. We also have to make sure our information is available in shared databases to help research move forward and to participate in trials and studies.

You made this movie as a previvor, but unfortunately, you were later diagnosed with cancer yourself, correct? Tell us about that.

I was diagnosed four years ago this December with triple-negative breast cancer at age 38. I was nursing my 3-month-old daughter and had just moved to the Bay area three days earlier, and I felt a lump. I had my daughters very close together and was unable to have a breast MRI after I finished nursing my first daughter because I was already pregnant with my second, so I went a long time without having screening. I also had this fallacy that none of the women in my family had breast cancer pre-menopause, and so I had time, and of course, that was a fallacy – you cannot predict if or when it will happen. I try not to beat myself up about not having had prophylactic surgery beforehand.

Were there any surprises for you in your breast cancer treatment?

Yes. I was surprised to learn that even as a BRCA carrier there were few precision medicine and targeted therapy options available to me. I was lucky to find an oncologist at Stanford who was doing research on how to more effectively treat BRCA+ associated breast cancer. When will this happen on a more widespread basis?

How are you now?

I’m doing great. I went through chemotherapy and had a complete pathological response. My outcome looks good. I ended up having a bilateral mastectomy and oophorectomy after my breast cancer treatment. When I woke up, I felt like I had crossed over a line. I could finally turn down the volume on the conversation of “when should I do it?.” There was a relief there, even though I was in premature surgical menopause and dealing with a bilateral mastectomy, reconstruction, and all of the challenges that came with those.

Your story is out there – not just for yourself, but for your husband, your family members, and your children. What are your thoughts about that?

That is a really difficult part of this for me. I wasn’t thinking about my future children when I made the film. At the same time, I plan to be extraordinarily open with my children as they get older. I hope they will want to be a part of the discussion, but it will be their decision. It brings me some comfort to know that when they go through genetic testing, it will be in a time when the stigma is not the same. Their peers will be educated and the rhetoric will be different. Someday, it will be their decision about when they want to be tested, if they want to share that information, and when.

When you made this film, few had heard of BRCA. Now many people know about it. How has life changed with this recognition?

The taboo has been minimized, not just by Angelina Jolie’s disclosure, but by the bloggers and the many patient advocates who have shared their stories. I feel tremendous gratitude to all of you.

What wish do you have for the future for the BRCA community?

Of course I wish for preventive options that would prevent women with BRCA mutations from developing cancer – and these new options would not involve the removal of body parts.

To the advocates in the BRCA and hereditary cancer community: I have such gratitude to you for talking so openly about this. I am so grateful for all that you are doing to get the word out there, and to reduce the shame about being a carrier. Thank you.

Stay updated with Joanna by following her on Twitter and learn more about her documentary, “In the Family.”