A Family’s Journey from Asthma to Depression to Advocacy 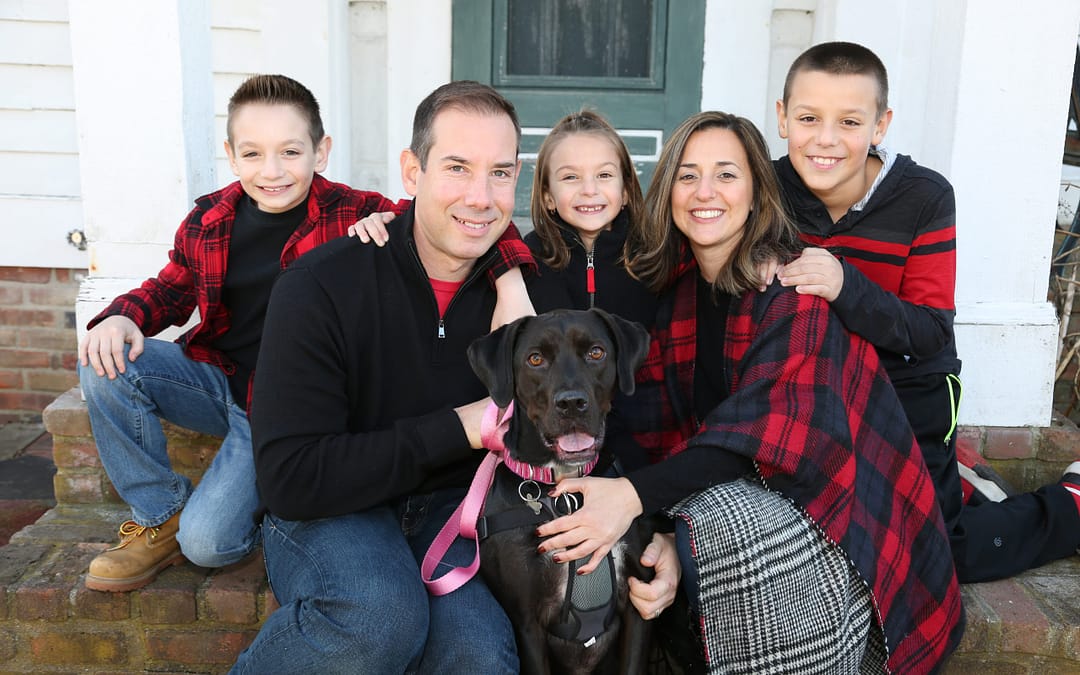 Laura Marotta was just trying to treat her son’s asthma. Instead, the asthma medication led to extreme adverse side effects, including depression, anxiety, and hallucinations. My Gene Counsel’s President and CEO, Ellen Matloff, had the opportunity to talk to Laura and her son, Nicholas, about their journey from asthma to depression to finally finding their way back and their efforts to help others.

ELLEN MATLOFF: Nicholas, tell me a little bit about yourself.

NICHOLAS: I’m 12-years-old and am going into eighth grade this year. I like music, writing poetry, drawing, and playing guitar. I also like animals, especially apes and monkeys. My favorite sports are kung fu, cross country running, and wrestling. My favorite bands are Metallica and Guns N’ Roses.

EM: You have asthma. How did your symptoms present?

NICHOLAS: I was diagnosed with asthma at age 10 because I had wheezing, chest pain, and difficulty breathing. Sometimes my asthma was so bad that even the rescue inhaler didn’t help much.

EM: You started taking a drug called Montelukast, which is the generic form of Singulair. What happened next?

LAURA: When Nicholas started taking Montelukast, it treated his asthma very well, and he had no symptoms. We loved the drug at first. Nine months later, he was at Boy Scout camp, and he became uncharacteristically depressed and anxious. I dismissed it as homesickness, but over the next two months, he kept saying he felt very sad for no reason. It was so unusual for him, and this concerned me. The next time I had to go to the pharmacy, I thought to ask the pharmacist to print out the side effects of the medications he was taking. I was stunned at what I read. Neuropsychiatric side effects were listed for Montelukast. I thought it was an easy fix – we’ll just go off the medication. But when we stopped the medicine, the floodgates opened, and things got a lot worse.

NICHOLAS: I had horrible depression. I couldn’t go to school anymore because of overwhelming sadness, anxiety, and exhaustion. And then the hallucinations started.

EM: What did you think was wrong?

NICHOLAS: I was thinking this was all my fault and that I was crazy or something. I felt all alone. Everyone was just sick of this problem, and I worried that everyone thought I was a moody teenager.

LAURA: None of our clinicians understood that withdrawal from this drug could cause these symptoms, including hallucinations. We went to the emergency room, and they brought him to the psychiatric ward, where he stayed for seven hours. It was absolutely terrifying. I brought the side effect printout from the pharmacy, but the doctors thought his symptoms couldn’t be related to Montelukast because he had stopped taking the drug, and they believed he would have had side effects immediately – not nine months after starting the medication. His clinicians thought Nicholas’s symptoms were a result of being anxious about starting middle school and that he should go on an antidepressant. I went to 10 doctors trying to find someone who would listen.

EM: What happened next?

LAURA: We went to a psychiatrist who ran some genetic testing on Nicholas to determine which antidepressant would be best for him. She gave me the genetic test results, and I stuck them in my files because I knew we weren’t going to put him on any more medications. Weeks later, I was up in the middle of the night worrying about Nicholas. I pulled out the genetic test and read it. There was a caution sign, and it said Nicholas carried a variant in the gene CYP2C9. I did a simple Google search and immediately saw that his variant could impact the ability to metabolize Montelukast. My next step was to find a pharmacogenomics team, and I made an appointment at Boston Children’s Hospital. They repeated the genetic testing and found that Nicholas also had a variant in CYP2C8. They believed this had a major impact on his ability to metabolize the medication and that what he experienced was a withdrawal syndrome.

EM: Once you realized what was wrong, how did you fix it?

LAURA: It was a rollercoaster. There were moments, hours, even some days when Nicholas seemed OK, but then things would get bad again. I got in touch with a functional medicine doctor who helped Nicholas go through a full-body detox program. It took repeated efforts and a strict diet, but it’s now over. Nicholas feels even better than he used to. He went back to Boy Scout camp this summer and had no depression or anxiety. That was a major win for our family.

EM: What advice do you have for other parents whose child may be going through an undiagnosed psychiatric event?

LAURA: Everyone will point you toward a situational cause. Perhaps your child is nervous about school, a divorce, or something else going on in their life. If that doesn’t fit, take a step back. Consider that it may not just be psychiatric, but that there could be an underlying biological cause – just like you’d consider the underlying cause of a fever or rash. There are so many things that could be involved: a thyroid issue, a vitamin deficiency, a medication side effect. It is so easy to assume it’s situational. Dig deeper.

EM: Can you describe the advocacy work you’re doing in this area?

LAURA: I have been working with the FDA to bring attention to this issue and to modify drug labeling. The FDA needs more evidence to do so, so I’ve been working to get academic medical institutions to study this issue. The results of the current FDA safety evaluation will be announced at the Pediatric Advisory Committee Meeting this September. [Read more about Laura’s efforts here.]

EM: Nicholas, you’ve also been doing advocacy work, and this experience has influenced what you think you may want to do in the future, is that right?

NICHOLAS: Yes, I think that I may want to be a genetic counselor to help other families like mine. When my teacher, Mrs. Edmonds, said we were going to video chat you in science class, I was so excited. I attended the lecture, and I learned about the job of genetic counseling and realized this is what I want to do.

This story was originally published in August 2019.