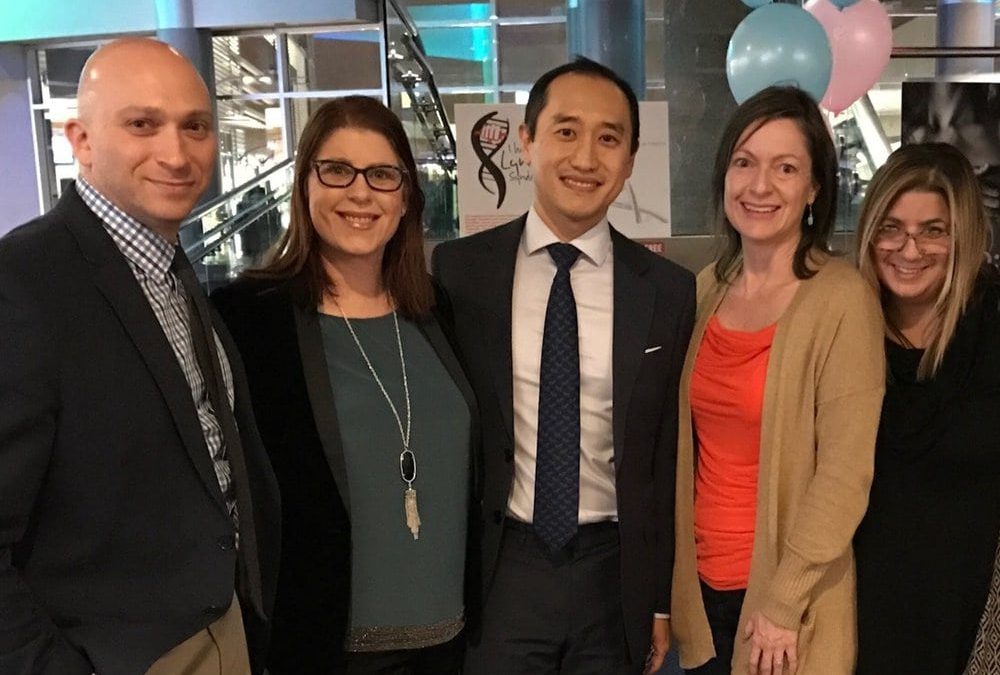 On December 1st, I had the pleasure of attending the Chicago premiere of the Pink & Blue Movie with our advocacy partners Georgia Hurst, @ShewithLynch, and Amy Byer Shainman, @BRCAresponder.  I’ve worked closely with both Georgia and Amy for several years on our tweetchat series #GenCSM, amongst other projects in the hereditary cancer space, but this was the first time I had the pleasure of meeting them in person!

Amy Byer Shainman is one of the producers of  “Pink & Blue: Colors of Hereditary Cancer”, and this event was hosted by Georgia at the beautiful Kerasotes ShowPlace ICON Theatre at The Roosevelt Collection, and sponsored by Pathway Genomics.  This film artfully hit home many of the issues surrounding hereditary cancer, including: the impact of cancer and genetic testing on the entire family; decision-making around surveillance, surgery +/- reconstruction; and the lack of attention, support and sensitivity around male breast cancer.

Over 75 people attended the premiere and stayed for an engaging panel discussion that included genetic counselor Scott Weissman (chicagogenetics.com, @chicagogenetics) and plastic/reconstructive surgeon Daniel Liu, @danielzliu, in addition to producer Amy Byer Shainman, Georgia Hurst and myself. The audience had insightful questions and comments that kept the conversation humming for 30 minutes after the film.

This film is now available for purchase and viewing through iTunes, and is a great educational tool for patients, students and clinicians.